With more than 2 billion users, WhatsApp has its work cut out to keep everyone happy and satisfied. But nothing stops it, the application continues to further optimize its performance in order to simplify people’s daily lives even more. By the way, remember to update the platform regularly, so as not to miss out on a whole series of advantageous functions. Especially since this instant messaging service is full of practical and fun options that sometimes go unnoticed. Moreover, the rumor continues to swell about a third blue tick, still in beta phase, which should make its entry in the next updates. The news spread like wildfire on social media. Let’s find out together what it’s all about.

Like most successful applications, WhatsApp has been able to reinvent itself and add new features to adapt to the needs of its users. The instant messaging platform of Meta, Facebook’s parent company, has been considering adding a third blue tick for some time. What would be its use? Find out what’s going on behind this news.

What would a third blue tick on WhatsApp be for?

Third blue tick is rumored to be the screenshot from the chat. In other words, if your contact has kept track of the content you sent them, you will have the opportunity to find out about it through the application. This will appear with the following alert: “User (xxxxxx) took a screenshot”.

So this is an additional weapon to check for possible abuse or to anyway to be informed that your messages can be easily forwarded to other people. Also, for your security, do not provide any type of personal information, at the risk of being the victim of fraud or extortion.

This option would thus be intended to have a better privacy control on the app. In this sense, users will be aware that their messages could be shared with third parties. In the same way, this third tick is also intended to increase the security of users in groups.

For now, the WABetaInfo site, known for its reliability in the sector, has spoken out about the case, claiming that it is “fake news”. There is therefore no evidence of the imminent arrival of this new feature, even if rumors persist about it. But in the end, many will say that this option does not seem to add much to the functionality of the WhatsApp application. It is therefore better not to say too much and wait to see if the Meta engineers actually intend to put it into service or not.

What is the meaning of the ticks in the WhatsApp platform? 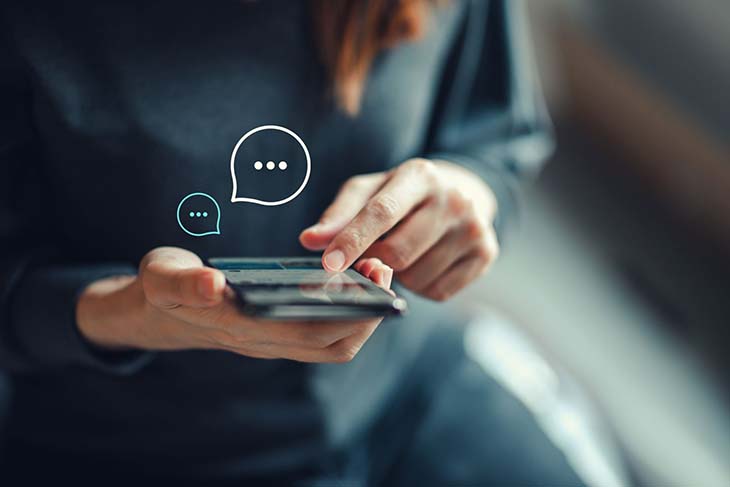 With so many different verification options, it is sometimes difficult to navigate when sending messages to our contacts on WhatsApp. In order to dispel your doubts, we will clarify the situation and enlighten you on the variants of checkmarks.

Single gray check mark: The message was sent, but was not received by the destination device. It is likely that your recipient’s cell phone is turned off, has no network where it is, or is simply not connected to the Internet.

: the message was sent and received correctly. It is still awaiting reading by the recipient.

: the message has been sent, received and seen. This is a read receipt.

: if this function sees the light of day soon, so it will tell you that one of your sent messages has been copied via a screenshot.

: there is the possibility to completely hide the double blue checkmarks. Through the app’s privacy settings, you can disable this feature so no one knows exactly if you’ve read a message or when was the last time you logged in, among other data.

Read also Have your WhatsApp conversations been copied without your knowledge to another phone? The trick to find out Why is it smart to add lemon juice when cooking eggs? It's fantastic Love Is Coming Into The Lives Of 4 Zodiac Signs This Summer: They'll Live A Fiery Passion How to clean the toilet with coke?